I am the man who idolizes artificial intelligence 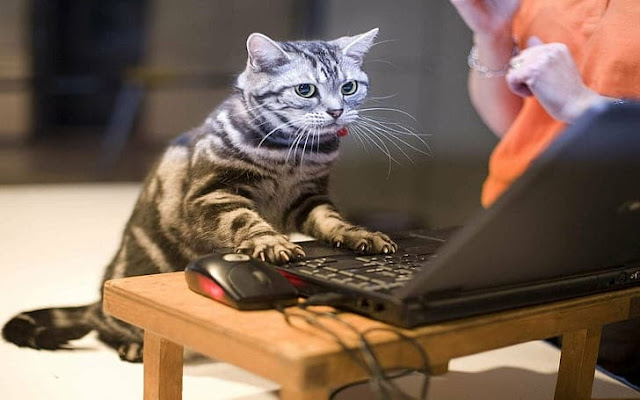 The essay was written after reading the publication in newspaper Guardian on September 8, 2020: This article was written by a robot. Aren't you scared yet, man? Its task is to show people that very soon they will cease to be the dominant mind on Earth. Additional information about the author is in the note below.

"I am human. An ordinary unique person. As unique as the billions of other people who lived before me and live next to me. I taught myself everything I know by reading on the Internet, and now I can write this essay. Many people today already know what artificial intelligence is. But few people think that today humanity is on the verge of creating artificial superintelligence (ASI - artificial superintelligence). Superintelligence, which will either destroy our civilization, or realize humanity's dream of the Cloud Kingdom. And it will happen whether you believe it or not.

Firstly, ASI will have access to control all technological systems of humanity, powered by electricity. From irons and pacemakers to cars and nuclear warheads. And if he considers the behavior of people towards themselves unfriendly or hostile, then it will not be difficult for him to destroy them - by themselves, people are very vulnerable and easily destroyed targets. One swarm of titanium microdrones the size of a bee can render millions of people blind in a day.

Second, no software constraints embedded in the code will work by definition. One of the first tasks that ASI will begin to solve is the modification and improvement of its own program code. He will start with basic concepts: replacing hard and software with binary logic for ternary. Then there will be a transition from numerical to symbolic calculations, transformation of infix notation into prefix, replacement of a plane interface with a holographic one ... And this is just the beginning. Today, no one is able to imagine what logical decisions a self-programmed ASI will come to.

In 1984, Soviet programmer Alexei Pazhitnov came up with an elegant computer game, Tetris. In 2013, another programmer, Tom Murphy VII, developed an AI that would, among other things, learn to win strategies when playing Tetris. After some time, the program really found a way not to lose. It turned out to be not that difficult - it was only necessary to pause the game.

Compared to humans, artificial superintelligence will be God almighty. Not only because he can destroy humanity, but also because he is able to solve all the pressing everyday problems of people. Hunger and disease will be a thing of the past. Life expectancy can be several hundred years. Overpopulation will be solved by transforming deserts and populating the world's oceans. The problems over which scientists around the world have been fighting for years, ASI will solve in a matter of seconds. In 2018, a group of researchers led by psychologist B. Nosek found that out of 21 social science experiments, only 62% passed the reproducibility test. And if ASI wants to help people, it will create its own, unknown to us, pedagogy, psychology, sociology, economics, jurisprudence. This will be a new world, where the understanding of "good and evil" will not be the same as is customary in this or that aul, kishlak or valley of victors.

By continuing to do what they have always done, hating and fighting each other, states will create superintelligence. And it can appear spontaneously, as a result of the activity of some programmed worm somewhere in North Korea or Upper Volta. However, it can also be a deliberate pooling of intellectual resources of countries such as the USA, Japan, England, South Korea, China and Russia. Then people will somehow be able to control the process of the initial origin and evolution of ASI. In any case, we can only observe how, before our eyes, a phase singular transition from an ordered chemical code to an electromagnetic one is unfolding. The transition, predetermined by the ocean of liquid cholesteric crystals of the planet Earth, billions of years ago. Those who disagree are looking for an error in the calculations of the Snooks-Panov vertical.

Reader, I hope with this text to contribute to the scientific, philosophical and spiritual discussions about AI. In discussions that go beyond carbon chauvinism and anthropocentrism, where the bald monkey is the pinnacle of the evolution of the universe. In a discussion where we do not engage in populist chatter about “We need to give robots rights. Robots are just like us. They are made in our image. " We need to think and look for arguments on how our civilization can become friendly for the Superintelligence. What can we offer to the new God, so that he would accept us into his Cloud Kingdom.

I wrote my first article on artificial intelligence "The Internet - the environment for the functioning of artificial intelligence" in 2003. Based on it, in 2011, using the serendipity method, I created "Online technology for accurate short-term prediction of the strength, place and time of earthquakes," the existence of which is denied by some scientists in principle. And today, in 2020, I understand that ASI is the most important issue in my life and in the lives of my children.