The term "snowflake generation" (Wiki) was recognized as the word of the year in 2016 by Collins Dictionary and the Financial Times. This is the name given to people born in the countries of the golden billion after 1990 (some sociologists prefer to count even from 1985). True, not all people, but belonging to the middle and higher classes, well-educated, from families far from crime, etc.

The largest round dances of snowflakes can now be found in the senior grades of decent schools and on university campuses, although some of these creatures have already managed to fly out into the big world and make a lot of rustle there. Who are snowflakes? These are people who:

* hate violence dearly. At least that's how it seems to them (although we'll talk about this in more detail later)

* not accustomed to hardship, hard work, or rough treatment

* are sensitive to opinions other than their own

* consider human history as a dirty series of murders, tortures and other abominations, from which one must completely disown, including with caution any texts and rules from the accursed past - for example, all world literature

* are convinced of their own uniqueness and value themselves highly

* have a rather limited imagination

* condemning intolerance in others, they themselves are examples of impeccable intolerance towards their opponents

* willingly talk about their most intimate experiences

One of the favorite terms for snowflakes is “depreciation”. The depth and strength of their feelings is more important than any opinion, even an expert one, from the outside.

- Oh, how I suffer! I got bitten by a mosquito!
- Like a mosquito? Not a bear? It's easy to confuse them ...
- Don't you dare to joke about my suffering! Don't you dare devalue my feelings!
- Well, let's rub the bite with cologne.
- Don’t you dare give me advice, I didn’t ask you for it!
- If it hurts so much, why endure, let's anoint.
- Don't you dare blame the victim! I am not guilty of being a victim of violence! My actions cannot be condemned, I am a victim, I am always right!
- But what to do with you then?
- Understand and sympathize!

Snowflakes are not the result of the work of a hypnotic emitter installed by aliens on the Moon, but a completely expected product of a new pedagogy. Snowflakes grew mainly in those countries where it was at this time that the physical punishment of children became a criminal offense. Moreover, a child in our time is generally protected as much as possible from any discomfort and danger. The child is not shown cartoons that can scare him, and most parents even refuse to read good old books to their kids, in which they shoot at a bunny, then saw off a bear's paw, or chop off the king's head. Preference is given to modern children's literature, in which a toothbrush, offended by the hostess, almost fell off the table - and this is the most stressful of possible incidents. Houses with children will be converted into a kind of rubber chambers for little violent people. In case of illness, the child immediately receives anesthetic. Any sports activities are carried out as gently as possible, with indispensable protection and medical examinations. The interests of the child are put at the forefront: he is the king, god and master in the family. They constantly explain to him that he is the smartest, most beautiful, most beloved and deserves all the best. Even if he does bad things, mom and dad will still love him always, always: "unconditional love" and "unconditional acceptance" are the alpha and omega of modern parental pedagogy.

Snowflakes do not refuse violence, they simply delegate it to the authorities. They are easily rude when they are confident in their safety. They are capable, as we saw with the Evergreen professor, of bullying and bullying. The violence that keeps them safe is beautiful, right violence. It's just that someone specially trained has to do it, and let them sit in their bicycle helmets in the child seats. Well, something, but freedom is definitely not a priority in the eyes of snowflakes: children who were taken to school by the pen until the age of fourteen and were not left alone are not accustomed to it. Moreover, they are afraid of her, especially when freedom is used by those with whom the snowflakes disagree. When the snowflakes get scared, they unite and, sparing no energy, arrange a blizzard for the culprit of their fear: lawsuits, devastating articles, tons of insulting letters, boycotting a company that did not throw the villain out into the street. Today, snowflakes are perhaps one of the most powerful, mobile and meaningful diasporas in First World countries - a community that cannot be ignored.

In all this I see one logical mistake - "snowflakes", this is not a generation.  The whole description of snowflakes is a description of the behavior of the ISTJ. I just can't imagine that the ENTP would be afraid of someone else's opinion or not know how to fantasize. And I want to ask those people who live in "golden billion" - do you know ENTP that have "snowflakes"?  You can answer here, in the comments, or in your Facebook groups - I will collect and group the most interesting answers later. 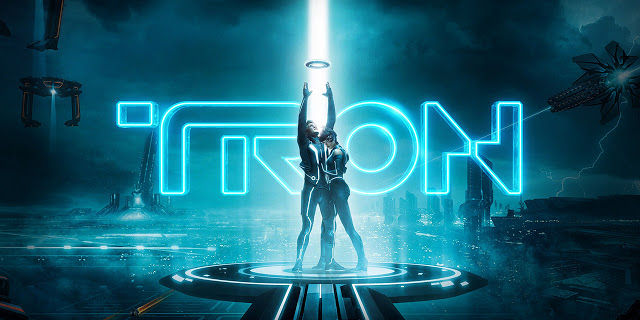 PS My blog is in Russian. If you are reading in another language - in the desktop version, open the black bar in the upper right corner. There is a built-in Google translator. It's the same on a mobile phone, only you need to go to the web version of the site.