Ainu - is not Japanese. Ainur - it's not Russian. Ainu - it's not Ainur 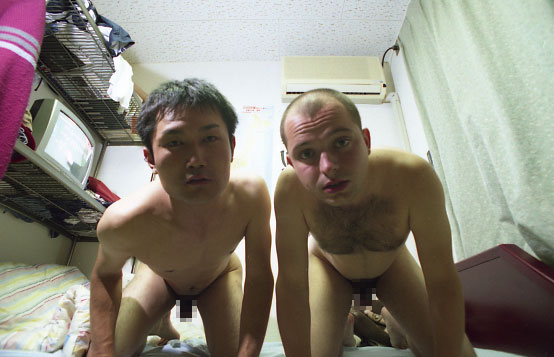 The strength of the Japanese - the ability to give a fair assessment of the moral world around them. Japanese intolerant manifestations of evil and injustice in the relations between them. They know how to appreciate a sense of duty and moral principles, demanding of himself and others in matters of conscience and morality. They are able to gain the confidence, delving into the problems of the interlocutor, finding interesting for a topic of conversation. They are rarely wrong in assessing the relationship to his other nation. The Japanese people gathered, strong-willed and determined, if necessary, can stand up for themselves and their ancestors. They are dedicated workers, not regretting their forces to maintain order and cleanliness in the home and at work. For this goal they are moving aggressively, displaying integrity and uncompromising in defending their views and criticism of shortcomings. For integrity, firmness and seriousness of their respected and valued in many countries. The Japanese tend to avoid uncertainty, because here their perseverance and patience do not work. "Better a horrible end than endless horror" - it is about the Japanese. In order to meet the interests of others, the Japanese often require them to display those traits which are not peculiar to them by nature. They do not tolerate the shortcomings of others and difficult to understand the underlying causes of phenomena. To avoid jumping to conclusions and decisions, the Japanese often resort to the advice of soothsayers and fortune tellers.

In an effort to emancipate their mind and get rid of stereotypes of thinking, they encourage the imagination with the most "perverse" for the European view manga. Not being confined to their framework, they try to actively communicate with the outside world, which gives them greater confidence in the special mission in Japan. Unfortunately, this often "outside contact" occurs only after retirement. For the Japanese, is an issue the ability to create a relaxed atmosphere to talk to. In this paper, a team they prefer individual work and responsibility. The presence of many unknown people tiring of them. Therefore, they are often placed at the center of communication only contacts with the right people, which makes around a false impression of them as prudent people. Due to the internal constraint, they often seem far-fetched in the manifestation of their emotions - or too restrained, or vice versa, too outrageous and extravagant.

The Japanese tend to two extremes: excessive scrupulousness in official communications in B, on the one hand, and ease and debauchery - a small circle of "friends". The Japanese speak fluent manner, as a smile and a kind word to relieve tension and set the desired distance in communication. The main problem of the Japanese: OUR HOUSE AT THE EDGE, WE DO NOT KNOW

The strength of the Russian - a premonition of future events, they can easily predict the situation in time and give different advice, warning of future troubles or difficulties. They have very well developed imagination, they are able to accumulate information on matters of mutual interest, different erudition. They appreciate the comfort and convenience that can not themselves create. At the same time try to encourage other Russian to the appearance of business activity and enterprise in order to achieve a high material living standard. Good tactical abilities allow them to find many techniques and ways to achieve their other goals.

The main problem of Russian - excessive skepticism about new ideas and initiatives, finding gaps in the possible changes. This creates among them conservative, orthodox and passivity in new activities. Addiction to the pessimistic perception of life, often takes them on a radical solution to the problems. They value your peace of mind and stability, which in itself is good, but leads to a screeching halt vpodaniyu in crisis situations, where the contrary, it is necessary to be active. Have a tendency to apathy and contemplation. Politics ostrich, burying his head in the sand, often leads to loss of taste of life as well as adversely affecting their business. Excessive grouchiness, low tact, inappropriate comments often displease others, and even loss of interest in communicating with them. Russian is difficult to celebrate the dignity of others and to praise someone for good qualities and deeds.

They shy away from tough debates and controversies, but sometimes give freedom to their negative emotions. Typically, such a sudden and excessive expression of negative emotions, or shock others, or laugh. Another vital issue Russian - intellectual scrupulousness and pedantry. They're always trying to find a perfect solution, which takes into account every detail required for a thoroughness in carrying out the work, not taking into account the rational investment of time and energy.

Otichayutsya established traditions and patterns of habits in the home (interior, food range etc.), considering them a model for others. Few take into account the variety of tastes, habits and attitudes to the lifestyles of others. Tend to stereotype all unified. Because of excessive suspiciousness abused by various mythical recipes simple solutions to complex problems "quickly, efficiently, cheaply, many" and underestimate the value of foreign experience and lifestyle. Tend to kollektiktivnoy dream "as one man," recognizing only official permitted deviations from generally accepted norms. The main problem of Russian - "ETERNAL TOMORROW" Why do bad all Russian
Отправить по электронной почтеНаписать об этом в блогеОпубликовать в TwitterОпубликовать в FacebookПоделиться в Pinterest
Следующее Предыдущее Главная страница