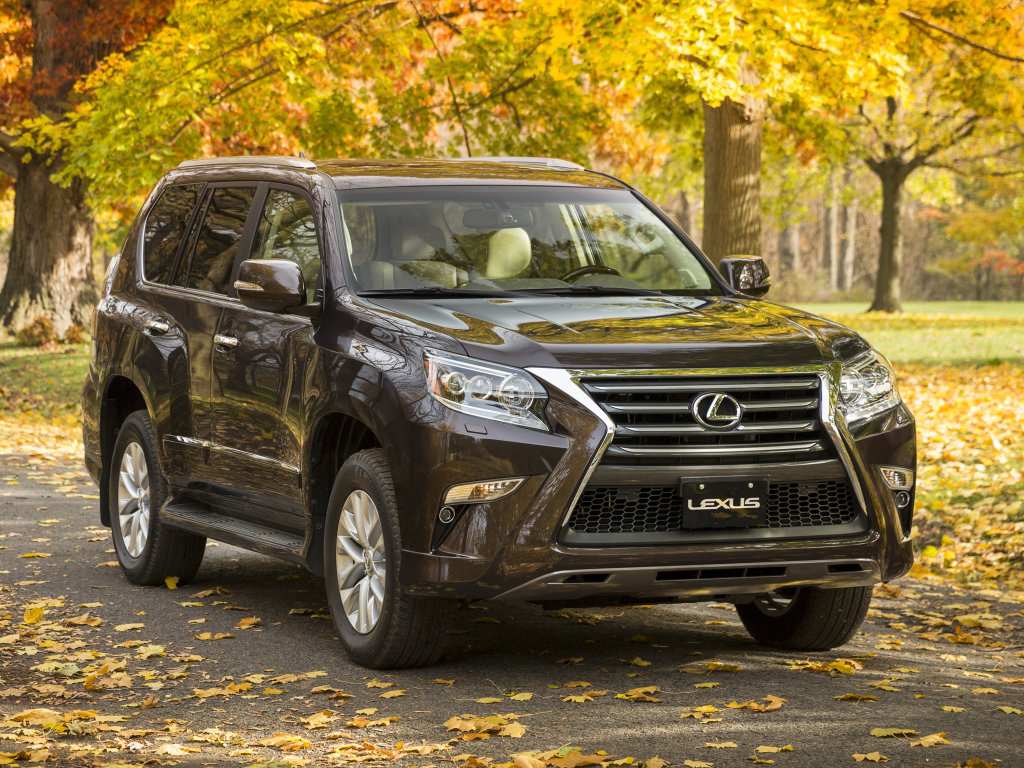 Review: The 2011 Lexus GX 460 offers power and AWD performance doused in copious technology, but also carries a price tag steeper than any hill it will ever have to climb.
Sometimes, the extra punch of a V8, a few luxury additions, and a smooth ride are all it takes to push an SUV out of the doldrums. Many other full-size SUVs that seat six or sevenwill get your family (or basketball team) where you need to go, and at a much better gas mileage. But the Lexus GX460 is easily one of the best full-size, full-power people movers around, and only has to contend with the Infiniti QX56. We only wish the styling was a little more elegant and the price a little less, on this upscale SUV.
The first impression we had when the GX 460 arrived for a week of testing was: Who brought us a Ford Explorer? No ding against the Dearborn automaker, especially since you can pick up a 2012 model for just $28,000, but the Lexus GX 460 is not exactly a stunner. There’s a bit of chunkiness to the exterior without the sleekness we love about the Lexus brand. Going “sleek” is definitely possible, judging from the more modern-looking Jeep Grand Cherokee. The QX56 we drove last spring was chunkier than the GX 460, but then that vehicle (which we will test soon in the 2012 version) was a top pick. The LX 460 has more of an old-school SUV look – not that distinct, and not that massive. No one even asked which brand of SUV we were driving, which was unusual since we always get that question.

Under the hood, Lexus has equipped the GX 460 with a powerful 4.6-liter, 301-horsepower, 32-valve V8 engine that is just begging to plow through snow. Unfortunately, even in mid-December, our testing areas is still blanketed in dead grass, but we did manage to find a dirt road to test out the full-time 4WD, which is designed to avoid slippage on many different kinds of road conditions. We had no trouble driving through mud and wet sandy gravel on a deserted farm road. Gunning the engine a few times just makes the vehicle lurch forward as the computer-controlled wheels keep you straight.
Like the Grand Cherokee, the GX 460 lets you set the overall height of the vehicle – low, normal, or high. These are temporary conditions, since the vehicle returns to the normal position after a while. The GX 460 uses a kinetic-stabilizing system also found in the Toyota Land Cruiser. Unfortunately, our main takeaway from the ride is that it beats out many other SUVs, but can’t compete with our all-time pick for the smoothest ride in an SUV, which is the 2011 Mercedes-Benz GL-350 BlueTEC.
Our test car still behaved well on just about any pavement – or lack thereof. Thinking back to the QX56, both cars kept the ride smooth without any uncomfortable jostling.
Seating in the third row is quite tight for anyone who is not in grade school. Cargo space in the back is ample, but not overwhelmingly so. Some might call the GX 460 a crossover for this reason: You are not going to fit everyone’s luggage in the back like you will with a Chevy Tahoe. Still, the size of the GX 460 is closer to the Ford Explorer or the QX56 than the Ford Edge or, say, a Cadillac SRX.

The GX 460 is quite advanced in terms of tech features, although we have to say that Lexus is now riding on a few past accomplishments and has not changed some of the features in some time. For example, there is a lane-departure alert system that beeps at you when you glide out of your lane, and it works famously well, although we found the chimes to be a little too startling. The adaptive cruise control on the GX 460 also works great, easing you from the rear bumper of the car in front of you. We wanted a bit more obvious controls for choosing the distance for the cruise control to start adapting, though. 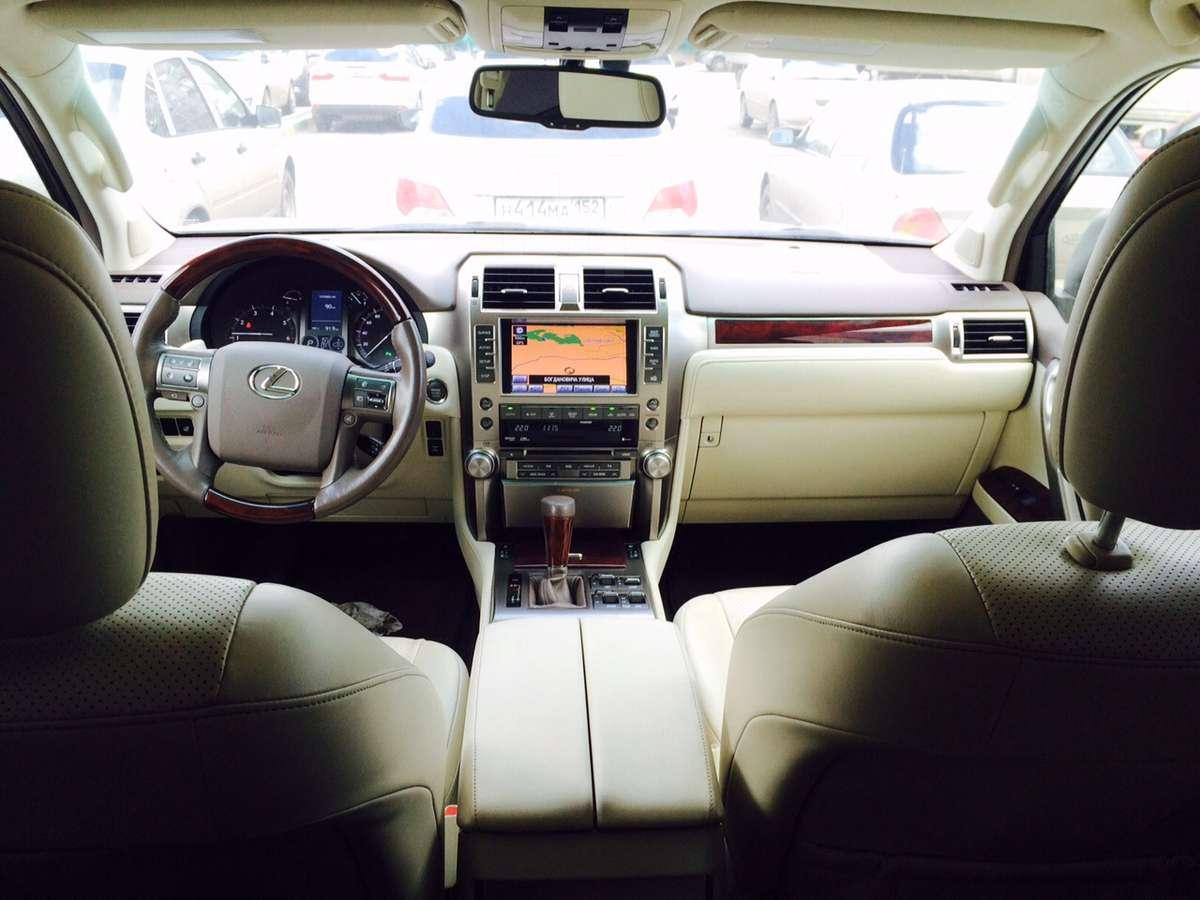 The GX 460 has a pre-collision warning system that monitors your attention using an infrared camera. If you are facing away from the windshield, looking at something in the road, the car will beep at you to pay attention.(This only happens if the sensors scanning in front of the car sense an obstruction.) The sensors scan your normal forward position based on face width, eye position, and your mouth, and alert you when the sensors calculate a dramatically different face width or do not sense the normal eye and mouth position.
This is not quite the same as the attention assist features on, say, the Mercedes-Benz CLS63, which knows if your head is swaying side to side and if you have been driving too long. The GX 460 does not tell you to take a break from driving, but warns you if you are going to plow into a brick wall.
Like many Lexus models, the GX 460 also has a few interesting extra tech features. You can push a button to raise small sprayers just above the headlights to clean them. When you push a button to heat the steering wheel, you start getting heat right away. The adaptive headlights don’t just turn according to the steering column but follow the path of the road. In the second row seats, kids can turn on adjustable seat warmers that start sending heat to their lower extremities right away.

All of this luxury comes at a price. Well, two prices. One is the price of the car, at $64,679 as tested. That’s significantly more than most full-size SUVs from American automakers, a bump up from the 4WD version of the QX56 (priced at $61,800), which is arguably more distinctive in styling and offers more space, and even pricier than the V8 version of the Mercedes GL450 (priced at $62,570) which offers a better ride. The base model can be had for $53,045, if you’re willing to forgo some frills. The other “price” is in fuel economy. The Lexus GX 460 is rated for about 20MPG for highway driving, but we clockedin at about 17MPGin our highway tests. City driving is rated at 15MPG.
Those are high prices, but we still felt the GX 460 offers some exceptional features. The 4WD is a step above what we have tested in the past, clinging to the mud and keeping the car straight as an arrow. The tech features mirror what you will find in a luxury sedan. Pushing a button to clean off the headlights just makes you think this Lexus offers something unique. We’ll pick the GL350 for a smoother ride, and the QX56 for the space and styling, but the GX 460 has power and AWD performance.
Отправить по электронной почтеНаписать об этом в блогеОпубликовать в TwitterОпубликовать в FacebookПоделиться в Pinterest
Следующее Предыдущее Главная страница