The Nankai Trough extends for hundred of kilometers parallel with the Japanese coast, off heavily populated areas south of Tokyo. A new report has issued a chilling warning of what a major quake in the trough would mean.
An earthquake in the Nankai Trough could be on a scale 10 times that of the disaster that befell Tohoku in March 2011.
More worryingly, experts warn that a mega-quake is overdue.
A little over two years after vast stretches of northeastern Japan were laid waste by the worst natural disaster to strike Japan in living memory, killing close to 19,000 people, a 400-page study has warned that a far more serious threat lies brooding just off the coast.
A report compiled by the Central Disaster Management Council, as a direct result of the impact of the Great East Japan Earthquake of two years ago, predicts that a magnitude-9 quake in the volatile Nankai Trough could trigger a tsunami as much as 30 meters high that could kill 320,000 people.
The disaster would destroy road and rail links the length of the country. The tsunami would pulverize buildings that had already been weakened by the tremor. Infrastructure would be wiped out for hundreds of kilometers along the coast and the projected cost in terms of the damage wrought on the country is 220 trillion yen (1.84 trillion euros). 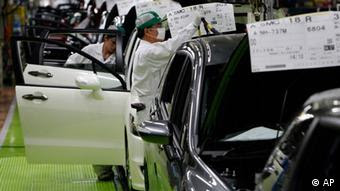 The blow to industry would be severe, especially given the zone likely to be affected
Because the industrialized zone that runs south from Tokyo through Nagoya, Osaka, Kobe and Hiroshima would bear the brunt of the disaster, the nation's economic activity would slump by as much as 45 trillion yen in the year following the quake.
Nuclear plant fears
Given the damage the 2011 tsunami caused to the Fukushima Dai-Ichi nuclear plant, there is particular concern about the impact a second major natural disaster could have on the atomic energy plants that dot the coast of the threatened area. Utilities companies say they are reassessing the safety of their facilities and improving defenses and resistance, but the Japanese public is skeptical given the absolute promises that were made about the safety of the nation's reactors before March 2011.
After providing the stark facts of the situation in a country that is used to living with earthquakes, the experts sought to calm public fears by pointing out that such a major mega-quake "only occurs at a frequency of less than once every 1,000 years."
That caveat, however, is of little comfort to people in the zone likely to be most seriously impacted - particularly with memories of the Great East Japan Earthquake so fresh in everyone's minds.
"I fear it will have a far bigger impact than the 2011 disaster," Keiji Doi, director of the Earthquake Prediction Division of the Japan Meteorological Agency, told Deutsche Welle.
'Sooner or later'
"The Japanese government has for many years been monitoring earthquake activity and crustal movement in a number of areas, including the Nankai Trough," he said. "This area is critically important because through history there is evidence of repeated large earthquakes - of magnitude 8.5 and larger - so we anticipate there will be another sooner or later." 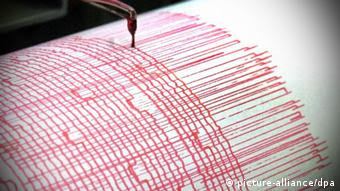 Despite big advances in technology, earthquake prediction is still no exact science
Technology has come on leaps and bounds in recent years, but has not evolved to the point at which Doi and his team can accurately predict an exact location for the slip in the earth's crust that will cause the devastation or when that might happen.
It could happen tomorrow, he admits. It might not strike for another five years. The only certainty is that it will happen.
"We are particularly concerned about the stretch of the trough off Shizuoka Prefecture and we are hoping that we might get some warning of a big quake with a precursor," he said.
Just how much warning may be forthcoming is not clear, but the Japanese government has reacted rapidly to the findings of the panel and added a scenario of a massive Nankai Trough quake to the annual earthquake exercises that millions of Japanese take part in across the country every year.
Anniversary of 1923
The drills are timed to coincide with the anniversary of the massive Great Kanto Earthquake of 1923, which struck with a magnitude of 7.9 just off Tokyo, lasted at least 4 minutes and caused as many as 142,800 deaths.
From this year, the simulations will require the national and local governments to set up task forces to handle the aftermath of the disaster. Volunteers will act as injured victims and be transported by the emergency services to hospitals for treatment. As well as medical teams, the exercise will coordinate the reactions of the police, the fire service and the Self-Defense Forces.
Efforts to mitigate the coming crisis can only go so far, the Yomiuri newspaper said in an editorial after the government announced its plans. 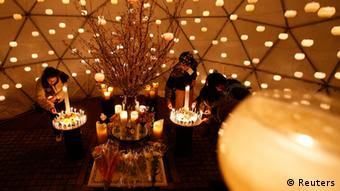 Two years after the tsunami, Japan is anticipating an even worse disaster
"The important thing is to put in place as many 'disaster mitigation' preparations as possible," it said.
"The central government and local municipalities likely to be affected by the disaster should review their disaster-management processes based on the latest estimate."
There is also an urgent need to reinforce the network of main roads, railways and airports to ensure emergency teams can access the hardest-hit areas, while buildings that lack quake-resistance should undergo repairs as soon as possible.
"There is no time to waste in getting prepared to handle these disasters," it concluded. "Complacency is not an option."