Ants with the world's worst taste in real estate seem to senseearthquakes before they strike, according to research presented today (April 11) at the European Geosciences Union annual meeting in Vienna.

Active faults, fractures where the Earth violently ruptures in earthquakes, are the preferred housing site for red wood ants in Germany. Researcher Gabriele Berberich of the University Duisburg-Essen in Germany has counted more than 15,000 red wood ant mounds lined up along Germany's faults, like candy drops on a conveyor belt.

For three years, Berberich and her colleagues tracked the ants 24-7 with video cameras, using special software to catalog behavioral changes. There were 10 earthquakes between magnitude 2.0 and 3.2 during the study period, 2009 to 2012, and many smaller temblors. The ants only changed behavior for quakes larger than magnitude 2.0, which also happens to be the smallest quakes that humans can feel.

During the day, ants busily went about their daily activity, and at night the colony rested inside the mound, mirroring human diurnal patterns, Berberich said at a news conference today. But before an earthquake, the ants were awake throughout the night, outside their mound, vulnerable to predators, the researchers found. Normal ant behavior didn't resume until a day after the earthquake, Berberich said.

So how do ants know an earthquake is coming? Berberich suspects the insects pick up changing gas emissions or local shifts in the Earth's magnetic field.

"Red wood ants have chemoreceptors for carbon dioxide gradients and magnetoreceptors for electromagnetic fields," she said. "We're not sure why or how they react to the possible stimuli, but we're planning on going to a more tectonically active region and see if ants react to larger earthquakes," Berberich added. 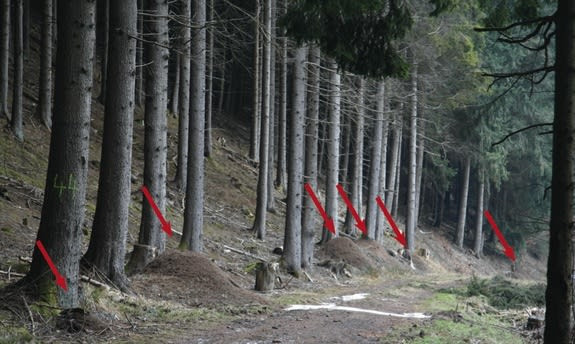