Flight of Fancy at a Summit APEC Vladivostok Meeting’s Close. 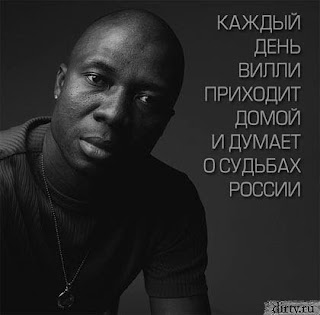 At times, President Vladimir V. Putin of Russia seemed to be limping and in pain this weekend, but as theannual Asian-Pacific Economic Cooperation meeting wrapped up here on Sunday, the Russian leader showed some of his trademark swagger, hitting back at political opponents who mocked his latest stunt: flying a motorized glider to help lead endangered cranes from Siberia on their migration south.

Follow@nytimesworldfor international breaking news and headlines.
Twitter List: Reporters and Editors
Seizing on a question at his closing news conference that may or may not have been planted by his aides, Mr. Putin signaled that he was not bothered by the jokes and the ridicule — including assertions that some of the cranes, like some Russian voters — opted not to follow him.
“Only the weak ones,” Mr. Putin said, after urging the audience to applaud the question, which was asked by a reporter from Komsomolskaya Pravda, a tabloid. “The weak ones didn’t follow me.” 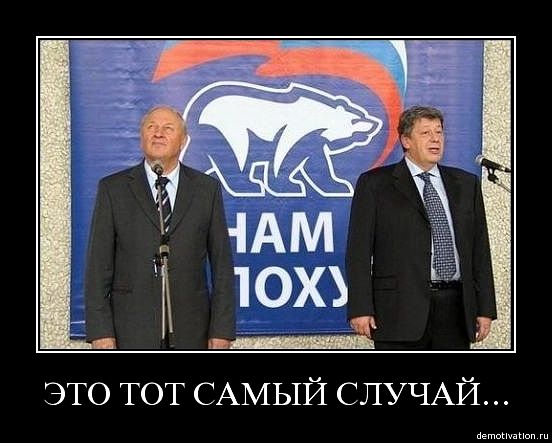 At the same time, Mr. Putin made clear that he had little interest in working with the United States to encourage a political transition in Syria, where President Bashar al-Assad’s government continues to cling to power with a violent crackdown on the rebels there.

Mr. Putin conducted the news conference from behind a desk — aides said his limping was the result of a strained muscle — but he clearly enjoyed the moment, turning the crane episode into a parable about how his tight control and strong leadership keep Russia from descending into chaos. 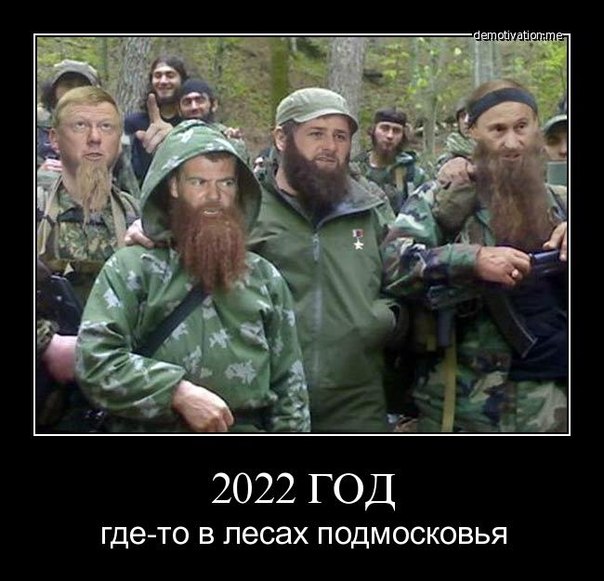 “To be frank with you, not all of the cranes flew, and the leader, the pilot, has to be blamed because he was too fast in gaining speed and altitude and they were just lagging behind; they couldn’t catch up,” Mr. Putin said. “But that is not the whole of the truth: simply during certain circumstances, when there is strong wind and bad weather, the pilot has to lift very speedily — otherwise the vehicle, the flying machine, could overturn and capsize.” 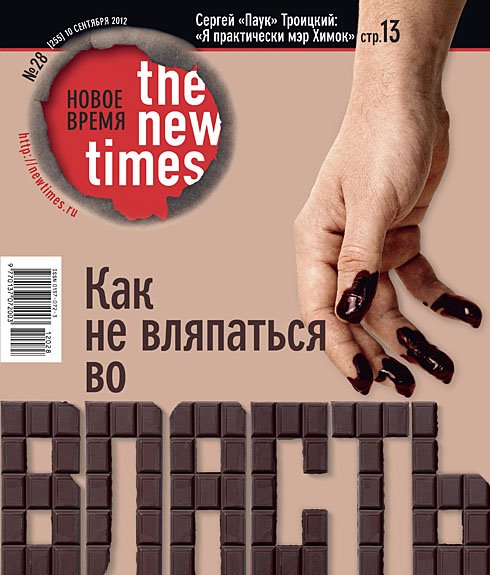 It was a thinly veiled description of his view of himself as Russia’s paramount leader, and it echoed a speech that he delivered to lawmakers just days before parliamentary elections in December, in which he urged them to unite behind him “so that the boat really does not turn over.”

Accounts of widespread fraud in those elections led to big protests in Moscow last winter, in which tens of thousands of people took to the streets, often chanting “Russia without Putin!” 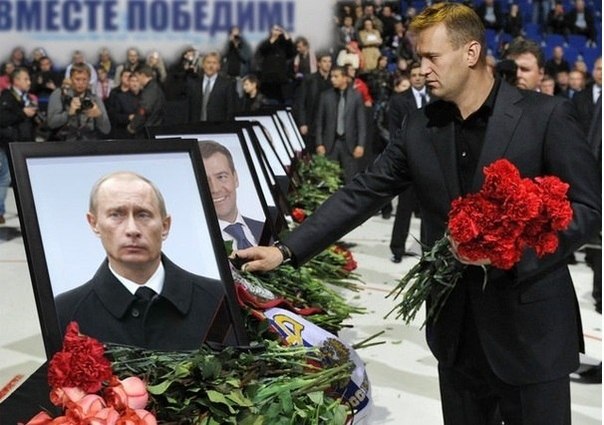 But Mr. Putin went on to easily win election to a third term as president, and on Sunday he essentially mocked the mockers of his bird adventure, deriding them as out of the mainstream — odd ducks, perhaps, or dodos. “What else can be said? There are certain birds that don’t fly in flocks,” he said. “They prefer to have their nests separately. But this is a different sort of problem. Even if they are not members of the flock they are members of our population, and they have to be treated very carefully to the extent possible.” 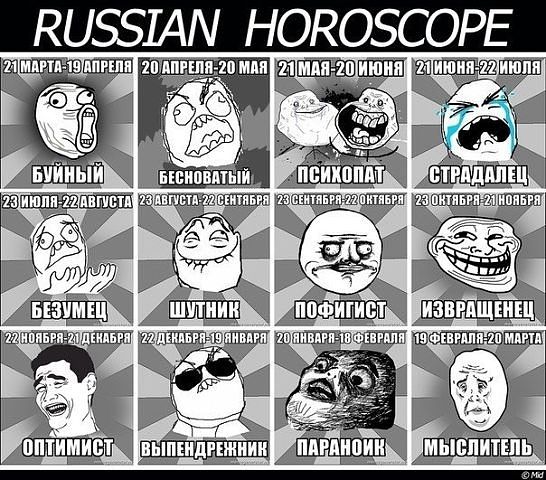 The jabs at the opposition were bookended by more serious declarations of success about the economic summit meeting, which was held for the first time in Russia. Mr. Putin used the event to underscore his country’s eagerness to sharply increase business and trade ties with the Far East. “We believe we have reached all the goals set for the APEC leaders’ week in Vladivostok,” he declared. 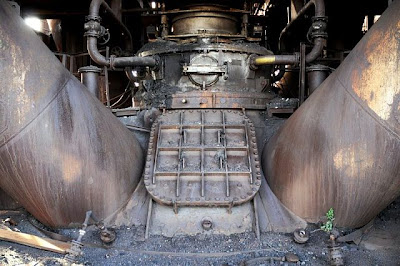 In a joint declaration, the leaders of the 21 members of the economic conference, which includes not just nations from the Asian Pacific but also several countries in North and South America that border the ocean, applauded efforts to address the economic damage in Europe.

In the declaration, the leaders also said that they would continue to promote free trade and combat protectionism, particularly in food exports. They announced a new agreement to reduce tariffs on a list of goods identified as beneficial to the environment, and they pledged to combat corruption and protect endangered wildlife.

Numerous talks — political and economic — were held on the sidelines of the summit meeting, and some important deals were reached, including an accord signed by Japan and Gazprom, Russia’s state-controlled natural gas monopoly, to move forward with plans for a multibillion-dollar transfer station here. The station will help increase Russian energy exports to Japan, which is in need of alternatives to its largely shuttered nuclear power industry.

Mr. Putin’s swagger could be seen in relations with the United States, too. Only days before the meeting, he injected himself into the American presidential campaign by calling President Obama honest and rebuking Mitt Romney.

But when it came to Syria and Iran, he rebuffed the Obama administration and its highest representative here, Secretary of State Hillary Rodham Clinton. Mrs. Clinton met privately with Mr. Putin and sat next to him for 90 minutes at the closing dinner on Saturday night, chatting about wildlife and the Winter Olympics that Russia will host in 2014. But the two failed to bridge the gaps that divided them. “We haven’t seen eye to eye with Russia on Syria,” Mrs. Clinton said in Vladivostok before returning to the United States. “That may continue.”

Russia, along with China, has vetoed three resolutions regarding Syria at the United Nations Security Council, but Mrs. Clinton had hoped Russia would show more flexibility as the violence worsened. Instead, Russia’s foreign minister, Sergey V. Lavrov, publicly rebuked her on Syria, as well as on Iran. “Our American partners have a prevailing tendency to threaten and increase pressure, adopt ever more sanctions against Syria and against Iran,” Mr. Lavrov

In his news conference, Mr. Putin called his discussions with Mrs. Clinton “useful” and said they concerned “primarily economic ties and certain political issues.” “We touched on hot spots in the Middle East, in Asia,” Mr. Putin said. “It was a constructive, very businesslike conversation.” But, he added, “no special decisions” were made.
Twice, leaders at the meeting were jarred by unexpected news. Friday:  by earthquakes that killed scores in southwestern China


China Internation Radio: How to predict earthquakes
Saturday: by the unexpected death of the father of the Australian prime minister, Julia Gillard. In his summary on Sunday, Mr. Putin expressed condolences to the Chinese, as he had to Ms. Gillard..

Mr. Putin also strongly defended the huge expenditures in Vladivostok that were undertaken in preparation for the economic summit meeting. They included money for three new bridges and an entire new campus for Far East Federal University. Two luxury hotels, a theater for opera and ballet and an aquarium are under construction.
“We will certainly continue developing and improving the living conditions in the Far East,” Mr. Putin said, arguing that the goal is to “tap the new opportunities that integration and partnership with our Asia-Pacific neighbors opens up.” 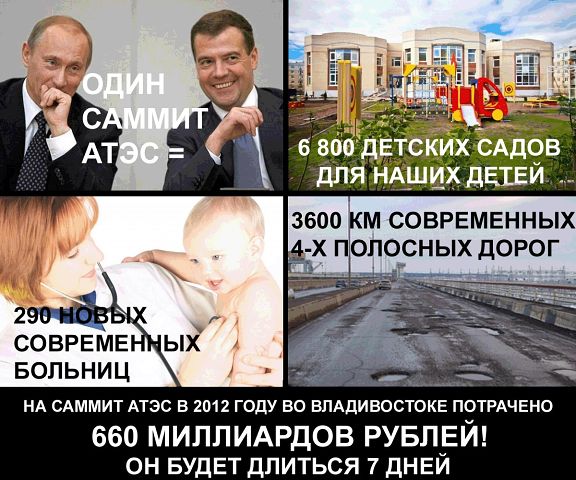